2017 US Tax Code Cuts and Jobs Act: Impact on Divorce and Separation 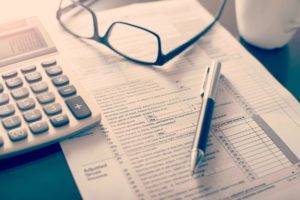 The recent tax legislation that overhauled the US Tax Code could also impact divorce and separation of married couples. While the elimination of the deduction for alimony paid (along with the elimination of the corresponding income for alimony received) seems to be the hot topic among domestic lawyers and their clients, there were several other areas in which the recent tax code cuts and changes could impact separated, divorced or soon to be divorced couples.

Alimony payments for agreements that take effect after 12/31/2018 will no longer be deductible by the paying party. Similarly, the recipient of an alimony payment under such an agreement will no longer be required to include the payment in his/her income. The reason behind the change appears to have been a desire to increase tax revenue. While alimony payments received were taxable, such payments were taxable at the recipient’s tax-rate, a rate that would typically be lower than the tax-rate of the person required to make the alimony payment. By not allowing the deduction, all of an alimony-paying individual’s income will be taxed. Existing agreements, and those signed in the 2018 calendar year, will not be affected by the new law, even if the agreement includes payments that will be paid or received in future years. In other words, for agreements signed prior to 12/31/2018, the way alimony payments are treated will not change beginning in 2019. This change only effects new agreements. It’s too early to tell whether this change will prompt individuals who may be considering divorce or separation to move forward, but as the end of the year approaches, couples may push harder to agree on alimony provisions ahead of the new law’s effective date.

Another tax benefit that was often negotiated in divorce or separation agreements was the “Child Tax Credit.” Similar to the negotiation for personal exemptions, divorced or soon-to-be divorced couples often negotiated who was able to claim the credit. Unlike an income deduction, a tax credit is a dollar-for-dollar reduction of tax owed (whereas a deduction only reduces taxable income). The new law increases the child tax credit from $1,000 to $2,000 for each qualifying child. Additionally, and of possibly even greater importance, $1,400 of the $2,000 credit is refundable (whereas the Child Tax Credit for prior years was not-refundable). Because it immediately reduces taxes owed and is now partially refundable, the Child Tax Credit (and who can claim it) may be more useful and of greater importance in settlement negotiations.

If you took out a home mortgage to acquire your new home after December 15, 2017, you will now be limited to the amount of home mortgage interest you can deduct. For loans created after 12/15/2017, only interest on amounts up to $750,000 will be deductible. Loans originated prior to 12/15/2017 are still limited by the $1,000,000 cap. Similarly, the deduction for home equity indebtedness has been repealed unless the home equity indebtedness qualifies as ‘acquisition indebtedness’ – used to acquire, build or improve a primary or secondary residence. But as written, the repeal of the home equity interest deduction does not have a grandfather provision. All equity loan interest, regardless of when the loan was originated, will no longer be deductible if the proceeds of the equity line were not used to buy, build or improve the primary or secondary residence.

College expenses and the 529 Plans that parents often use to help pay for them are also an important part of a marital estate. While the new tax law did not impact the use of 529 Plans for college expenses, it did make the use of funds invested in 529 Plans available for use by parents to pay private school tuition up to $10,000 per year per plan. As parents can now use 529 Plan funds for pre-college tuition expenses, additional contributions to such plans that may not have been necessary for college expenses might be advisable for private schooling.

Another change in the tax law that will be worth watching is the new deduction of up to 20% of pass-through entity income. Under prior years’ tax law, owners of businesses that operated as pass-through entities – S corporations, partnerships and limited liability companies – paid income tax on their allocated share of the entity’s income. The new tax law includes a provision to allow such owners to deduct up to 20% of that allocated income from his/her tax return. The effect will be a potentially 20% reduction in the taxpayer’s effective tax rate. While there are additional restrictions and limitations to the pass-through income deduction, the deduction may have an impact on one party’s taxable income.