6 Things you Never Knew you Could put in a Prenup, from sex toys to Frozen Eggs 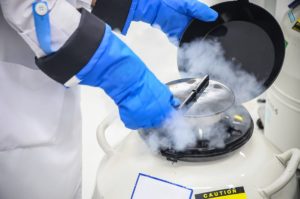 Prenups aren’t what they used to be.

As more prenup myths get debunked and Americans marry later in life with more assets to protect, prenups are on the rise. They may not be the most romantic topic, but they help set expectations for issues — like finances and allocation of assets — that arise during a divorce.

They’re particularly helpful if one partner has more at stake than the other, investments are involved, or if you want to have a family. Real estate property, debt, retirement accounts, businesses, and alimony are typical things to include in a prenup, but there are several clauses many people aren’t aware they can include.

We talked to Nicole Sodoma, managing principal at Sodoma Law, to find out what many don’t know they can include in a prenup — but probably should.

“Personal and professional relationships such as financial advisors and home help can be identified in a premarital agreement,” Sodoma told Business Insider. “While there is no telling whether those people will want to stay involved with either party, selecting up front may make for less stress later if you know you won’t have to work to find a replacement.”

About 9% of American men and 11% of women in their reproductive years experience fertility problems, according to the Eunice Kennedy Shriver National Institute of Child Health and Human Development. Thus, genetic material is a hot topic for prenups, according to Sodoma.

“If you anticipate or are using a donor for IVF or any other assisted reproductive technology in order to create a family, including the genetic material such as sperm or eggs that is stored, [that] could be included in a premarital agreement,” she said.

Consider the thorny situation between Sofia Vergara and ex-fiance Nick Loeb — while dating, they created and froze embryos, according to InStyle. After splitting, Loeb took Vergara to court for the right to implant them in a surrogate, beginning a lengthy legal battle.

Prenups can protect more than tangible assets. When carefully crafted, they can also help protect creative ideas, according to Sodoma.

“Generally, a prenuptial agreement can cover the ownership of any intellectual property and will address issues like the sole ownership of the value of the work, royalties, and any other proceeds generated by it,” Sodoma said.

According to the World Intellectual Property Organization, intellectual property is comprised of industrial property and copyright and involves “inventions; literary and artistic works; and symbols, names, and images used in commerce.”

“People love their pets like family, so it’s no surprise that a ‘custody battle’ can occur when a relationship goes south,” Sodoma said. “Some US courts treat pets as ‘marital property’ (even though to pet parents, their pet is more than property) and because of such, the courts can grant ownership of the pet to either party when distributing the other marital property involved in your case.”

Leanna Johannes, senior wealth strategist at PNC Wealth Management, previously told Business Insider that if you have a dog, a custody battle is likely to ensue.

“Legally, ownership of a pet is considered equal to owning a television or the refrigerator. It depends on who bought it,” she said. “So as the divorce rate continues to increase, ‘pet prenups’ are becoming popular. Disputes over the family pet have become so extreme that one divorce case in New York saw an entire day in court devoted to the couple’s dog.”

Sodoma said you shouldn’t forget the “50 Shades of Grey accessories.”

“[For] partners who engage in extracurricular bedroom activities, that can often include expensive and even customized toys may decide who gets what in the event of a split,” she said, adding that bedroom accessories can range from $10 to $1,000.

“People are sentimental; it’s normal for family heirlooms to be written into prenuptial agreements and many a divorce stalls over who gets the family photo albums,” Sodoma said. “In fact, without these types of clauses in a prenuptial agreement, there may be a requirement for every single family video and photo to be duplicated at either party’s expense.”

Sodoma said she’s even worked with clients who felt strongly about personal items they were bringing into the marriage, including holiday décor, which is also protectable.

Heirlooms are a type of emotional investment that more millennials are looking to protect by getting a prenup, according to Hannah Hickok of Glamour.

A bride told Hickok that she wanted to protect jewelry she inherited from her grandmother. “My prenup is not a symbol of distrust toward my fiancé, but a way to protect a family heirloom that not only holds financial value, but tremendous emotional value, which is most important to me,” she said.