A Bankruptcy worth Gawking About 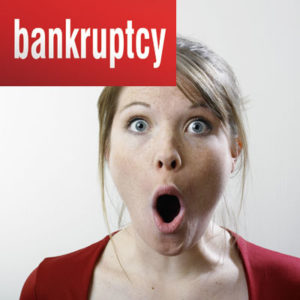 On Friday, media giant Gawker filed for Chapter 11 Bankruptcy, and will face the auction block in the wake of the $140 million jury judgment awarded to former wrestling phenomenon Hulk Hogan. This is not uncommon. Debtors, individuals and corporations alike, big and small, file bankruptcy in hopes of seeking relief from the debts and financial obligations it owes to certain creditors. One of the debts a Debtor may seek relief from is a judgment entered in favor of a creditor, in this case Hulk Hogan. Once a judgment is entered, the judgment creditor may begin the process of attempting to collect on the Debtor’s real and personal property in hopes of satisfying the judgment.

Gawker Media, the well-known online media company and blog network, filed for Chapter 11 Bankruptcy protection after Hogan was awarded the large $140 million judgment on March 18, 2016. The judgment awarded by the Florida jury was based upon Hogan’s assertion that Gawker invaded his privacy after it released a sex tape without his consent or knowledge.

What is compelling about the Gawker bankruptcy filing is the $90 million opening bid made by Ziff Davis, a digital media company, to purchase the assets of Gawker. Why is this fascinating? This type of offer, known as a “Stalking Horse Offer,” establishes the bar for opening bids on a debtor’s assets that will be auctioned off during a bankruptcy case. The advantages for the bankruptcy estate, and the opening bidder, are very real. For the debtor and the bankruptcy estate, the Stalking Horse Offer immediately sets the bar for the value of the debtor’s assets, ultimately allowing the Debtor to avoid low-ball bids.. The advantage for the opening bidder stepping forward with a Stalking Horse Offer is that it receives certain protections, such as breakup or termination fees, should the offer not be accepted.

While generally uncommon in most Chapter 11 cases because most businesses will not warrant the high valuation of a Stalking Horse Offer, some well-known companies over the years started their asset sale with such a process: (i) Blockbuster, the video-store empire, (ii) the Texas Rangers Baseball Partners, and (iii) Hostess Brands, the maker of Twinkies and Wonder Bread.

While it is too early to understand the viability and success of Gawker Media’s bankruptcy case, its outlook seems positive with an opening bid of $90 million, nearly double its reported $48.7 million 2015 revenue, and above the $83 million valuation provided to the jury in Hogan’s lawsuit. As Gawker’s largest scheduled creditor, Hogan can hope for additional bids to come in for the aggressive, take-no-prisoners media company.  The higher the bid received by the bankruptcy estate, the greater pro-rata return for Hogan.

Whether you are an individual or corporation, a judgment entered against you, might force you to consider filing for bankruptcy protection. Seeking counsel from a business or consumer bankruptcy attorney to further explore your options is your first step. At Sodoma Law we are here to help answer your questions. Give us a call or reach out to our Business Litigation and Bankruptcy attorney at attorney@sodomalaw.com.