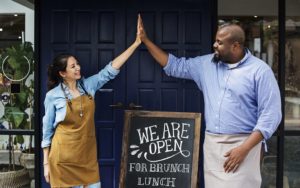 A common recipe for business partners parting ways, also known as a “corporate divorce,” generally involves three factors: (1) differing approaches to financial decisions, (2) differing visions of the future direction and growth of the company and (3) failing to follow corporate formalities.

Below, an experienced business attorney with Sodoma Law, discusses the fragile circumstances of corporate divorce and the steps all businesses should be aware of.

Business partners may have differing views on company growth, such as how to fund the growth through either the raising of capital or increasing debt facilities. The manner in which the growth should occur, a new product or service, or even a new industry or geographical territory to explore could all be areas that cause friction.

Financial issues tend to be the primary factor. For example, some owners may feel as though the company check book is their personal one. This behavior carries the risk not just of splitting up the business, but also opening up shareholders to the risk of being found personally liable for the debts and liabilities of the corporation.

Failure to follow corporate formalities, such as ensuring proper checks and balances surrounding financial and non-financial matters, is a divisive issue – especially when one business partner strictly adheres while the other turns a blind eye. Generally, organizations will have corporate documentation depending upon on the type of company (i.e. partnership agreements, operating agreement or bylaws and shareholder agreements), which will lay out the constitution for the company and how it should operate. Operating outside of this constitution or against a wrongly perceived assumption can lead to a corporate divorce.

If you and your business partner have taken all of the necessary precautions and a split is unavoidable, the next step is to determine what happens to the business post-divorce. In the event that a party has a minority interest, the business will likely be impacted much less than if the ownership is a 50/50 split. Why? Well, let’s say that Whitney and Matt own a company together – Whitney owns 60%, while Matt owns 40%. The minority party, in this case Matt, would theoretically have less authority or power to run the business “his way” than Whitney, whose controlling interest overrides Matt’s minority position.

No matter the reason, when it comes to corporate divorce all parties should retain their own attorney to protect their respective position and interest. Potential next steps could include a purchase of the ownership interest of the individual leaving by the remaining owner(s) or even by an approved third party in the marketplace. The manner and process to allow for the foregoing purchase should be explicitly provided in the business’ corporate documentation. If the documentation is clear and conspicuous, then the dispute could shift to the value associated with the ownership purchase, taking into account the remaining owner desiring to pay less compared to the owner who is leaving wanting the highest price for their ownership interest.

In this scenario, in addition to each party retaining an attorney, a valuation expert could be retained to determine the value of the company. If the entity is 50/50 in ownership and/or management control, there may be a deadlock, preventing the company from taking further corporate action. This will significantly impact the day to day operations of the business. In that situation, courts often allow neutral third parties known as “Receivers” to be appointed for the oversight and management of the company, its affairs and assets. Generally, these Receivers are Attorneys, CPAs and/or turnaround professionals.

Potential resolution options include an out of court workout, mediation, litigation or bankruptcy, or even an acquisition of the business assets or ownership interest. Reacting as quickly as possible once the decision has been made to split will help assist with reducing professional fees, the disruption to the business workflow, and the emotional anguish that comes with a corporate divorce.

– Originally written by a Sodoma Law Attorney for Lawyer Monthly