Equitable Distribution – Don’t Let a Judge Divide Up Your Stuff 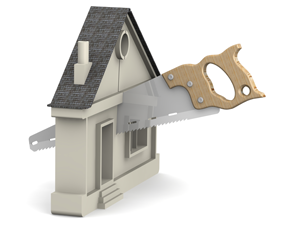 The terms “Equitable distribution” are just big words for the division of marital property, or property acquired during a marriage.  More often than not, most counties (to include Mecklenburg County and Union County), the parties are required to attempt to settle the issue of equitable distribution prior to a trial.  This is typically done by attending mediation with a certified family law mediator.  Some mediators have a joint session for the husband and wife prior to the start of mediation.  At that session, he or she introduces the parties to the concept of equitable distribution, or the division of “stuff”.  The reason we hear it called “stuff” is because the parties should understand that, to a judge, their property is not typically special or unique.  The judge has no sentimental attachment to anything owed by the parties.  To the judge, they are just dividing up a bunch of “stuff.”

If you consult with a family law attorney, ask how many equitable distribution trials they have argued in the courtroom compared to other issues and cases that include child custody, child support, or alimony.  For most attorneys, there is little comparison.  Equitable distribution cases usually settle at some point after a lawsuit is filed and before a trial.  How long and how much money the parties are willing to spend to get to a reasonable settlement varies.  But, understanding the factors that go into a judge’s equitable distribution determination may help shed some light on whether your stuff is worth fighting over.

Not only does the judge start by trying to divide all property equally, there is also a presumption that the judge should divide all property “in-kind.”  That means one party shouldn’t get all of the cash (or liquid) assets while the other party gets all household goods and retirement.  This presumption that an in-kind distribution is equitable and what should happen in the case is rebuttable, meaning that you can convince the judge that it should not be equal for each category of property.  But, like the equal division explained above, the judge begins an analysis by following the in-kind distribution mandate provided in the statute.

So, what affect does the requirement that the division of property be equal and divided in-kind have in a typical equitable distribution case?  As one Union County mediator explains at his joint mediation session, husband and wife could both agree going before a trial that wife should get the parties’ art collection, for example.  Husband may not want the art collection and would rather throw it away than hang it in his house.  However, if the parties can’t settle and then go to trial, things might not work out that way.  When the judge divides up the parties’ property equally, as presumed by statute (keeping in mind that husband and wife should each get close to the same value of the same types of property), then the judge may have no choice but to give the husband the art collection in order to make everything equal.  Even when the parties are in agreement on an item, they can both end up not getting what they ultimately want.

It is important to note that there is no statute allowing for attorney’s fees to be paid by one spouse to the other in an equitable distribution case.  Even a simple marital estate can make for a costly equitable distribution claim if the issue is taken to trial.  For an attorney (or unrepresented party) to adequately prepare, there is discovery (an exchange of documents and other evidence), research, meetings, preliminary hearings, mediation, numerous discussions, and dealing with both expected and unexpected issues that may arise.  Further, in most counties, equitable distribution is one of the last issues to be addressed.  Typically, your custody, child support, and spousal support hearings will take place first.  Given the costs associated with those other very important claims, knowing that you may not be able to recover fees related to a complicated issue like equitable distribution should be considered.

It is worthwhile to think about whether your “stuff” if worth fighting over all the way to a trial.  While you may not be able to settle right away, perhaps after you have done enough digging, attended mediation and have a better understanding of the entire marital estate, you may see the value in settling for less than what you think you are entitled to in the interest of saving in attorney’s fees, time, and energy.  Settlement also avoids putting your property, which is more to you than just “stuff,” in the hands of someone else.