Exploring a Termination of Parental Rights

What is a Termination of Parental Rights? 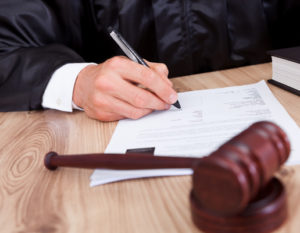 There are many scenarios in which a termination of parental rights may be applicable. An adoption generally involves the termination of the biological parent(s) rights to then transition the child to a different permanent home in which the adoptive parents assume the responsibilities and legal rights originally held by the biological parents. Another scenario includes a situation where one parent is granted sole custody, in other words 100% of the parenting time, and the other parent still poses a threat to the safety of the minor child, such as in child abuse situations.

What are the steps to move forward with a Termination of Parental Rights action?

The first step in termination proceedings is filing a petition. In North Carolina, the petition may be filed in the county in which the child resides or in the county where there is an applicable department or agency that has custody of the child. Once a private party, the department of social services, or any other agency that currently has custody of the child decides to terminate the parental rights of a parent by filing the petition, the Court conducts a preliminary review of the details of the matter in closed proceedings in the Juvenile Courts. “Closed proceedings” are court proceedings that are not open to the public, media, or general spectators.

Generally, a preliminary review occurs on one occasion; however, there are instances where there can be more than one review, particularly if there is missing information or time related issues. In those circumstances, the Judge will arrange for additional review hearings as necessary. Once the matter is ready to move forward, the Court conducts a two-step analysis during a trial.

The first part of the analysis involves the Judge finding that a specific ground for termination exists. It can not be something as simple as one parent does not want the other parent in the child’s life. The burden is high and requires that the petitioner (also known as the moving party or movant) has the burden to prove that one of the following grounds exists pursuant to North Carolina General Statute §7B-1111:

1.The parent has abused or neglected the juvenile, as defined by North Carolina General Statutes 7B-101.

2. The parent has willfully left the juvenile in foster care or placement outside the home for more than 12 months without showing to the satisfaction of the court that reasonable progress under the circumstances has been made in correcting those conditions which led to the removal of the juvenile. Provided, however, no parental rights shall be terminated for the sole reason that the parents are unable to care for the juvenile on account of their poverty.

3. The juvenile has been placed in the custody of a county department of social services, a licensed child-placing agency, a child-caring institution, or a foster home, and the parent, for a continuous period of 6 months prior to the filing of the petition or motion, has willfully failed for such period to pay a reasonable portion of the cost of care for the juvenile although physically and financially able to do so.

4. One parent has been awarded custody of the juvenile by judicial decree or has custody by agreement of the parents, and the other parent whose parental rights are sought to be terminated has for a period of 1 year or more prior to the filing of the petition or motion willfully failed without justification to pay for the care, support, and education of the juvenile, as required by the decree or custody agreement.

5. The father of a juvenile born out of wedlock has not, prior to the filing of a petition or motion to terminate parental rights, done any of the following:

b. Legitimated the juvenile pursuant to provisions of North Carolina General Statutes 49-10, G.S. 49-12.1, or filed a petition for this specific purpose.

d. Provided substantial financial support or consistent care with respect to the juvenile and mother.

6. That the parent is incapable of providing for the proper care and supervision of the juvenile, such that the juvenile is a dependent juvenile within the meaning of North Carolina General Statutes 7B-101, and that there is a reasonable probability that such incapability will continue for the foreseeable future. Incapability under this subdivision may be the result of substance abuse, mental retardation, mental illness, organic brain syndrome, or any other cause or condition that renders the parent unable or unavailable to parent the juvenile and the parent lacks an appropriate alternative child care arrangement.

9. The parental rights of the parent with respect to another child of the parent have been terminated involuntarily by a court of competent jurisdiction and the parent lacks the ability or willingness to establish a safe home.

10. Where the juvenile has been relinquished to a county department of social services or a licensed child-placing agency for the purpose of adoption or placed with a prospective adoptive parent for adoption; the consent or relinquishment to adoption by the parent has become irrevocable except upon a showing of fraud, duress, or other circumstance as set forth in North Carolina General Statutes 48-3-609 or 48-3-707; termination of parental rights is a condition precedent to adoption in the jurisdiction where the adoption proceeding is to be filed; and the parent does not contest the termination of parental rights.

11. The parent has been convicted of a sexually related offense under Chapter 14 of the North Carolina General Statutes that resulted in the conception of the juvenile.

Upon a finding by the Court that one of the above-referenced grounds exists, the second part of the proceedings involves the Court’s analysis of what is in the best interests of the child. It is during this second part that the Court takes into consideration any and all factors that impact the welfare of the child. Pursuant to North Carolina General Statute §50-13.2 describes this “best interests standard” as determining which party, or parenting arrangement, will best promote the interest and welfare of the child. Some of said factors include family integrity; preference to avoid removing the child from his/her home or community; and the health, safety, and protection of the child.

In termination proceedings, pursuant to North Carolina General Statute §7B-1111, the Court will also include the following factors in determining the best interests of a child:

2. The likelihood of adoption of the child.

3. Whether the termination of parental rights will aid in the accomplishment of the permanent plan for the child.

4. The bond between the child and the parent.

5. The quality of the relationship between the child and the proposed adoptive parent, guardian, custodian, or other permanent placement.

Though every child, and every case, is different, this standard applies across all genders and ages. It is critical for any petitioner to show the Court what they believe is in the best interests of the juvenile and why it is best for that child’s relationship with the other parent to be severed.

Whether your desire involves an adoption, or an attempt to protect the child from any further harm inflicted by a dangerous parent, we can help you through the process of a termination of parental rights proceeding. Contact us at 704-442-0000 or by e-mail at attorney@sodomalaw.com.