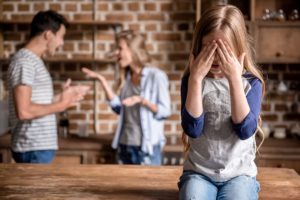 Wendy Paris and her ex-husband, David, have been divorced for seven years. In that time, they’ve both moved from New York to Los Angeles, and have never lived more than three blocks from each other. They still host parties together. For years they walked their son, Alexander, now 11, to elementary school together every morning. David still comes over several times a week to make breakfast, and the three of them generally spend Sundays together.

Staying so close to an ex, physically and emotionally, might not work for everyone — and Paris acknowledges that at times it is difficult. But she likes that Alexander can easily run back and forth between his parents’ homes. “It’s sort of like a stretched-out house with several blocks in between us,” says Paris, author of “Splitopia: Dispatches From Today’s Good Divorce and How to Part Well.”

“I have been largely staying this close, because I’m not comfortable with my son having a parent I’m estranged from,” she says, adding that people often think a divorce means the parents don’t trust each other. “That means your child is at someone else’s house and you’re not part of it, and I think it’s alienating and scary.” So Paris and her ex devised another model that works for them.

Read the of the article here