Marriage Equality in NC? Not Exactly 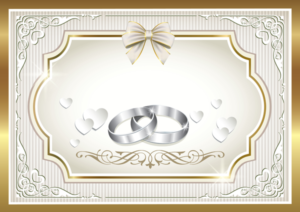 So, you think we have marriage equality in North Carolina following the Supreme Court’s historic decision on the issue this summer?  Well, not exactly.

Ever heard of SB2?  More people could probably name the lead plaintiff in this summer’s landmark Supreme Court decision that ruled states could no longer deny same-sex couples the fundamental right to marriage:  Obergefell.  As Jim Obergefell admitted during a visit to Charlotte this summer, his last name can be a challenge to pronounce correctly and more so to spell.  But, Obergefell is a name that is now synonymous with inclusiveness and equal protection under the law—one of the legal bases for the Supreme Court’s ruling forbidding bans on marriages between same-sex couples.  SB2, on the other hand, is an innocuous name for a divisive North Carolina law that cloaks state-sanctioned discrimination under the guise of religious liberty.

But, that may change, as of today.  Today, news reports have confirmed that all magistrates in McDowell County, North Carolina have taken advantage of SB2 and opted out of performing all marriages based on their objections to performing marriages between same-sex couples.  As SB2 requires that marriage services be made available in every county, North Carolina taxpayers are paying magistrates from a neighboring county to travel to McDowell County to perform marriages three days a week for a total of 10 hours per week.  Now, in McDowell County, to get married by a magistrate, you’ll have a few hours in which you can get married on a Monday, Tuesday, or Thursday.

To be clear, when a magistrate opts out of performing marriages under SB2, the magistrate must refuse to perform all lawful marriages for a period of at least six months; a magistrate cannot choose to marry straight couples but not gay couples.  As the language of the law was drafted to avoid the appearance of targeting same-sex couples, its vague wording allows state employees to refuse to issue marriage licenses to, or perform marriages for, any couple—whether they are straight, gay, interracial, or interfaith.  And, when state employees opt out of performing their duties, taxpayers must continue to pay their salaries, including retirement contributions, paid vacation, and other benefits, in addition to paying for the additional costs of ensuring that another state employee is available to issue the marriage license, or perform the marriage, at some point during the week.

Though the decision of the Supreme Court was intended to create marriage equality, there is more complexity than most imagined.  At Sodoma Law, we will continue to advocate for the rights of North Carolinians and their families as they navigate through these unexpected challenges.