“Nesting” – Does It Count in Court and Is It Right for You? 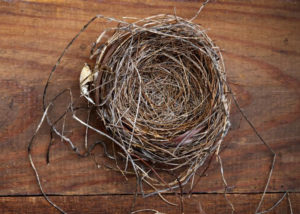 Starting down the path to divorce is almost never easy. In addition to the emotional turmoil, there are the practical concerns, perhaps the most primary of which is where each spouse will live. When children are involved, this concern becomes even more urgent as children can be emotionally invested in the family home or there is a need to make the children feel less impacted by the transition resulting from an anticipated separation. One solution to this dilemma that’s been in the news over the past few months is “nesting.” Famous couples including Jennifer Garner and Ben Affleck, and Drew Barrymore and Will Kopelman, have reportedly chosen this option, in which separated couples still share a mortgage and/or a living space. But before any couple chooses to nest post-separation, there are issues to consider.

Traditionally, when we hear the term “nesting,” cozy images come to mind of creating a home. In the context of marriage, nesting was used to refer to readying the home for a baby. In 2016, however, there’s an additional meaning – although it’s still centered on children. Instead of the children traveling back and forth between parental households, the children stay put. In some instances, both parents remain in the home or on the property and in some, a separate household is established (often a rental property, with both parents remaining on the mortgage/deed to the family home), where each parent stays on an alternating schedule.

Is It Right for Me?

For some families, nesting is the right option. When couples first separate, they have all sorts of questions regarding parenting plans, often with input from therapists. Nesting can be seen as giving children some breathing room, time to get used to the concept of their parents no longer being a couple, while still having close contact with both. Some therapists recommend that the younger the child, the more frequent contact should be. Nesting is often used as an interim step, between three to six months, usually closer to three, but largely depends on the comfort level of the parents sharing a home and whether the parents are able to keep the children at the forefront (removing them from the adult conversations related to divorce).

Cost can also be an influence on the decision to nest, particularly in areas with high real estate and rental prices such as major cities. Separating couples may find that the cost of keeping the family home plus another household is prohibitive. In these cases, if the separation is amicable enough or the property large enough (for example including a guest house or a mother-in- law suite), they may be tempted to stay put. However, anyone considering this option should look into the divorce laws in their state to determine the impact on their divorce timeline – for example, in North Carolina where my firm is based, couples must verify under oath that they have lived separate and apart for a full year in order to file for divorce. Separate and apart does not mean separate rooms or separate beds.

No matter what you decide regarding nesting, it’s vital to keep precedence in mind. How you set up your future family structure – what you decide will work best for you and your children – must be thought through carefully from the very beginning. Once you’ve agreed to a financial and custody arrangement, once you’ve shown that you can handle the support, the schedule (particularly the schedule that follows the nesting), it may be tough to go back to the court later saying that this arrangement is not manageable or that the support is insufficient. Education is key in order to make decisions of this magnitude. It is paramount that you understand the impact and the potential consequences, because precedence can change your future and your children’s future.

So whether nesting is right for you or whether you think it’s for the birds, when you’ve made the decision to separate, take a deep breath, a step back, and get educated on all the options for the next step on your family’s path.