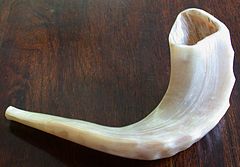 Today marks the beginning of the Jewish holiday, Rosh Hashanah, the Jewish New Year.  Tradition dictates that followers of Judaism observe the holiday by taking time for personal reflection and atonement for transgressions made in the past year.  In doing so, many Jewish families will attend synagogue to participate in formal religious ceremonies.

But, what if you are separated or divorced from your spouse and the two of you disagree over the religious traditions in which your children may participate, if any?  Can our courts resolve disputes over such religious decisions without impermissibly expressing a preference for one religion over another?

Sometimes separated and divorced parents have a difficult time reaching an agreement regarding the religious training for their children.  In family law, such decisions fall within the concept of “legal custody,” which is the right to make long-range decision regarding education, religious training, and medical care for your children.  When courts make a custody determination, legal custody can be equally divided between parents so that the parties must reach an agreement for each decision affecting the child.  Alternatively, such decision-making authority may be awarded to one parent, exclusively.

For example, in a custody case arising out of Durham, the parents shared both legal and physical custody of their daughter; the father was Jewish and the mother was Christian.  The daughter, however, developed serious anxiety as a result of feeling that she had to identify as Jewish when spending time with her father and had to identify as Christian when with her mother.  The evidence showed that the mother tended to exacerbate the conflict.  As a result of the impact on the child’s wellbeing, the trial court modified the parent’s custody arrangement and awarded the father the authority to make all decisions regarding the child’s religious training and practice and required the mother to abide by his decisions.

The court’s decision was upheld on appeal where the NC Court of Appeals held that the trial court did not impermissibly express a preference for one religion over another.  Rather, the court limited its focus to what was in the best interest of the child––resolving the conflict between the two parents, which the evidenced showed the mother was unable or unwilling to do.

If you have a similar situation or another family law issue that needs to be addressed please contact one of our attorneys at info@sodomalaw.com or fill out our online form to the right >>>