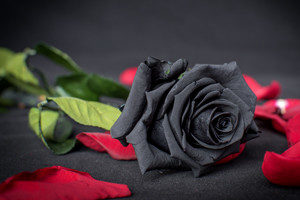 A request commonly heard by family law attorneys is, “I need to legally separate from my spouse.” This is actually one of the most straight forward legal concerns our clients have, but it’s the other considerations that go along with a separation that become more complicated. While you may be eager to move on from your once sweetheart, there are steps you can take to make the process easier.

In North Carolina, a separation starts as soon as you and your spouse begin living “separate and apart.” You need to do more, however, than move into the spare bedroom. You and your spouse need to begin living under separate roofs. This is where things can become complicated, especially for those couples with children and those couples who, like many, have limited financial resources to support two households. The good news is that many of these issues can be resolved even before you separate. How? By entering into what is commonly referred to as a Separation Agreement, couples can resolve many, some, or even all, of their marital issues.

A Separation Agreement can also provide you a sense of peace during an uncertain time. Having this plan in place will allow you to focus on this next stage of your life rather than be consumed by the inevitable day-to-day worries of navigating the unknown.

If you are considering a Separation Agreement, it is a good idea to consult with a family law attorney who can advise you of the specific claims you have and, therefore, should address in your agreement. A family law attorney can also bring issues to your attention that you may not have even considered. They can explain what you should expect if you were to file your claims with the court, including the possible outcomes. And, with that background and knowledge, the attorney can advise you as to whether it is in your best interest to enter into a Separation Agreement, based on its proposed terms, or whether you would be better off putting your claims in the court’s hands. Even if you are confident in the terms of your Separation Agreement and are ready to sign on the dotted line, consult an attorney before, not after, you sign. It’s much more difficult, often impossible, to correct errors or modify unfair terms within a Separation Agreement after it is executed.

While we have only scratched the surface of the benefits of resolving your marital disputes by an agreement, don’t be so anxious that you sell yourself short and sign a Separation Agreement that does not protect you and your family. By consulting a family law attorney, you just may be able to resolve your marital issues – to your advantage – without ever setting foot in the courthouse, and you may even preserve a little sweetness in your life and relationship with your ex.