Helping Your Clients Outside of the Courtroom – Part 2 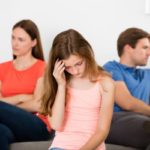 If you ask people going through a separation, divorce, or litigation to describe the nature of the situation between themselves and their ex-spouse or ex-partner, most would probably give it a “high-conflict” label. This is especially the case when children are involved. What was once a strong family unit is now torn apart, and this shifting dynamic frequently pits two parents against each other, often to the detriment of themselves and/or their children. So, what happens in a situation where two parents simply cannot put aside their differences and agree on a harmonious parenting approach for the sake of their children? How does one parent know better than the other what is in their children’s best interest? How should they handle major disputes, such as school selection and medical treatment? Or smaller disputes, such as extra-curricular activities and disciplinary measures?

North Carolina provides the option of having a Parenting Coordinator (PC) appointed by the Court in high-conflict cases to assist parents who are experiencing difficulty co-parenting their children or implementing the court’s custody order. The state’s General Statutes define high-conflict custody cases warranting the appointment of a Parenting Coordinator as those involving any of the following: excessive litigation, anger and distrust, verbal abuse, physical aggression or threats of physical aggression, difficulty communicating and cooperating in the care of the minor children, or any conditions that in the discretion of the court warrant the appointment of a PC. Appointment of a PC may be an avenue agreed upon by the parties, requested by motion of one of the parties, or accomplished through a court’s own motion. In other words, sometimes a PC is an option sought by the parties, and sometimes it is a mandate that is thrust upon them.

The Parenting Coordinator’s role is typically defined by a court order specifically outlining the issues that the PC is to address. A PC is not acting in the capacity of each party. A PC does not represent either party. Rather, their role is to help the parties to overcome the issues that led to the PC’s appointment in the first place. This may involve assisting the parties with their decision-making for the parties’ children or sometimes being the decision-maker in the face of an impasse between the two. Often a Parenting Coordinator is integral in ensuring that the parties communicate effectively for the benefit of their children. The PC’s role can be as general or specific as a court or the parties deem appropriate and necessary.